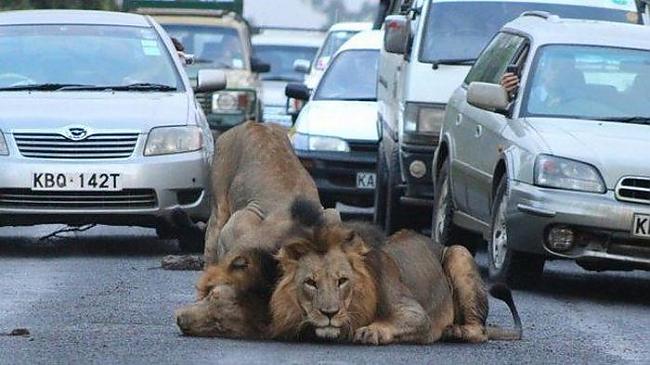 Autors: Foto: Gareth Jones / Barcroft Media
***EXCLUSIVE*** NAIROBI, KENYA - JANUARY 17: Two lions roll around in the road bringing rush hour traffic in Nairobi, Kenya, to a stand still. RUSH hour traffic comes to a stand still - when two lions decide to roll around in the middle of a ROAD. The African lions caused tail backs during the morning commute on January 17 on the edge of the Nairobi National Park in Kenya, with their antics. Amateur South African snapper Gareth Jones was one of the drivers stuck in the traffic jam and decided to get out and photograph the unique scene. His images show the lions rolling in Buffalo dung to mask their scent in a bid to go undetected when hunting. But that was no consolation for commuters, who were forced to watch the ten minute display, before the lions left the road. PHOTOGRAPH BY Gareth Jones / Barcroft Media UK Office, London. T +44 845 370 2233 W www.barcroftmedia.com USA Office, New York City. T +1 212 796 2458 W www.barcroftusa.com Indian Office, Delhi. T +91 11 4053 2429 W www.barcroftindia.com 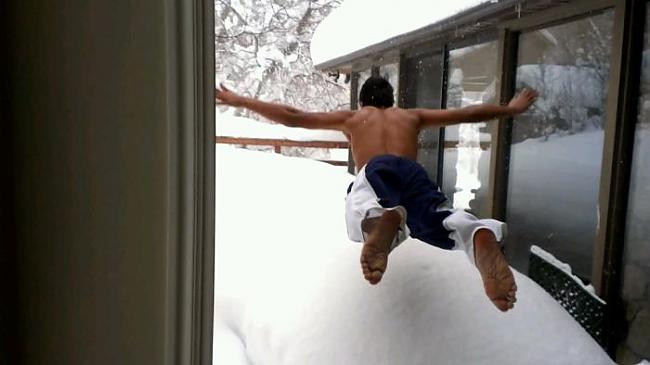